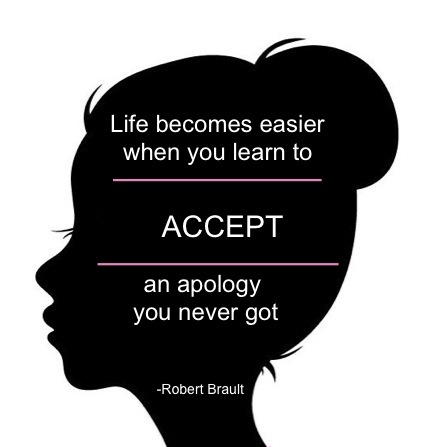 ACCEPTING THE APOLOGY YOU NEVER GOT

Have you ever been hurt by people that  you thought were your friends? Have you ever been hurt by the very people that you call your family members? Have you ever felt like you were betrayed and walked away from? Have you ever been abandoned in a relationship or marriage without being given a reason why? The hurt and the pain is insurmountable and will inevitably leave you in a silent and lonely place confined in the walls of the question why and how with absolutely no answers. You wonder why someone did what they did. You wonder how someone had the audacity to carry out the very act that hurt you to the core of your soul. You wonder if it was something you did. You wonder how you could have made done better. You wonder what role you played in the catastrophe that all of a sudden makes no sense because there are no answers. They’re gone. They’ve moved on and are nowhere in sight to be found for you to let them know how you feel or how they made you feel for that matter. And maybe perhaps, you see them all the time and they don’t even see or know what they did wrong while showing no remorse for what they’ve done.

When someone hurts you, always remember that it is best to take the offense to God.  Let God deal with them. Many times we want the other person to feel remorse for hurting us, and we can often try to find ways to try to make them feel remorse. And to be quite honest, we wouldn’t be human if we didn’t feel this way. We simply want people to pay for the consequences they’ve made us endure. After all, is this a lot to ask? They committed the crime, and we want them to do the time.

I know that you are probably thinking, “But this is hard.” Yes, I completely agree. This is one of the most difficult, yet one of the most important things to do when we are wronged. I don’t know about you, but when I need forgiveness or mercy from Jesus, I don’t want Him to have to think twice about it. We cannot be forgiven for our faults and mistakes by our Heavenly Father if we don’t learn to forgive those who trespass against us.

I know, I know. You’ve heard this before. Forgive and be forgiven.  Sounds easy enough, but sometimes it is one of the hardest things for us to do. Very rare do we forget every detail that someone else did when they hurt us. We can recall dates, times, locations, months, years and the very minute that we were wronged. The truth of the matter is that we don’t forget, we remember. However, when we remember we must forgive. One of the things that I’ve found most helpful while working on developing a heart and spirit that forgives instantly like Jesus, is every time a thought or emotion arises that is associated with a pain caused by someone else, I cast it down (II Corinthians 10:5), confess it before the Lord and decree and declare that I forgive that person through the power of Jesus Christ in the atmosphere. The Bible tells me, that if I decree (speak) a thing, it shall be established (Job 22:28). So don’t wait for your emotions to catch up with what you speak. You may still hurt and you may never actually “feel” like what you speak, but life and death lie in the power of your tongue so speak life! It is those who confess life and healing before it even happens that receive their blessing.

God spoke and there was light. Remember? The light didn’t get there until He spoke and said, “Let there be light.” Because we were made in the image of God, in essence, we are just like our Father. We have been given the power and the authority to speak things into existence. Romans 4:17 says that we have the ability to “calleth those things which be not as though they were.” However, we just don’t use the authority we’ve been given. So, practice using your authority and say, “I forgive______________ for _____________ (you fill in the blanks).

So after speaking this out loud or quietly to yourself in your head, what comes next? Well, let me just say, even though you spoke it, it doesn’t mean that you are guaranteed to get a sincere apology. I know you were probably looking for your apology right? After all, you feel like it’s rightfully due you.  You want them to tell you sorry for what they did to you way back when. Well, the truth of the matter is that you may NEVER get it. Accept it now. Stop looking for “I’m sorry” from a person who doesn’t even know they need to say it. Some people are so far from the heart of God that they don’t even know what it looks like. Yet, we still try to hold them accountable for trying to emulate it. It’s hard to hold somebody accountable for something that they don’t know how to do. So, just make it easier on you. Life becomes so much easier when you excuse the person (not the person’s behavior) who hurt you and accept the apology you never got because it may very well never ever come. 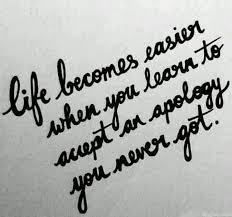 So, I ask you this. Are you going to live your life waiting around for someone to give you an apology that they don’t even know you want them to give, or are you going to beat them to the punch and forgive them before they even ask for it and free yourself up? Just because someone apologizes it doesn’t mean that the actions of what someone did reverse. Psychologically, that’s what we’ve been taught to believe. We equate the words, “I’m sorry” with “they feel remorse and regret for what they did.” There are many people who say “I’m sorry” and don’t actually mean it. So, I ask, what good will hearing the words, “I’m sorry” do? Ask yourself..Did they mean it, or did they just say it because you wanted to hear it? “I’m sorry” is a phrase that is merely just nice to hear.

When you forgive a person, you are not forgiving them because they said, “I’m sorry.” Half the time, people don’t even know what they did. Remember that forgiving someone never excuses their behavior and it doesn’t mean that they are getting away with what they did. They will have to answer to God for their actions, whether it was something they said or something they did. However, the most important thing for you to remember is that you are not God and that you don’t have the ability to change anyone and get them to see their faults. Instead, find a way to look beyond their faults…Just as God does for you. They are just as imperfect as you are. Remember that. So how do you move forward from here?

Simply ERASE their debt. You’re asking them to pay a debt that they can’t afford. Jesus would never do this to us, so who would we be to do this to someone else? If they don’t have it to pay, they just don’t have it. Stop trying to make someone write a check for money they don’t have! Place your hurt in the hands of Jesus and redirect it to God rather than at the person who trespassed against you. Only He has the ability to heal them and bring them to true repentance that will shed a light on what they’ve done. You can’t fix people, but you can take them to Jesus and lay them at His feet. After all, He knows them better than you do because He made them. He’s not only your creator, but He’s their creator too. We will all have to give an account to God for our actions here on earth. And as my father always tells me, “God does not hold me accountable for how you treat me, but He does hold me accountable for how I treat you.” Do the right thing. Go ahead. Accept the apology you may never hear or receive in the way that you feel like you want and need it. Forgive them for they know not what they do. We are to forgive 70 times x 7…Are you up to the challenge?

21″Then Peter came to Jesus and asked, “Lord, how many times shall I forgive my brother or sister who sins against me? Up to seven times?”22“No, not seven times,” Jesus replied, “but seventy times seven”! 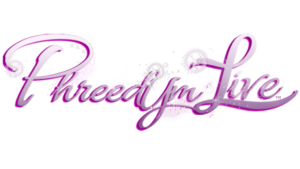 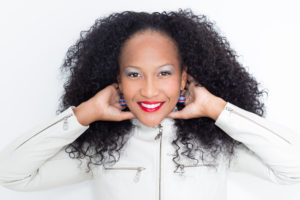